DRO Voter Information and Hotline to be open Voting Day, May 6

Voting Day in Ohio is Tuesday, May 6. Check with your local board of elections for specific information, including early voting options, voting times and locations.

Absentee ballots must be received by your county board of elections before 7:30 p.m. on Voting Day, or postmarked no later than May 6 and received within 10 days of the election.

What's on the Ballot?

Eligibility for Voting in Ohio

Assistance With Casting Your Ballot

If you have questions prior to Election Day, call our Intake department during its regular business hours between 9:00 a.m. and 4:00 p.m. at the same phone numbers.

The 14th Annual Multiple Perspectives Conference was held on April 16 and 17 at The Ohio State University. This year’s theme of “More Important Things” challenged participants to look at disability topics with a new perspective. The conference was well attended by individuals with disabilities and their family members, disability rights advocates, and members of the higher education community.

The wide variety of presentations was a great source of information and dialogue about disability and education, transition and community involvement. DRO presented two interesting perspectives at the conference. On the first day, attorney Kevin Truitt presented “Rights of People with Disabilities under the Fair Housing Act and the Americans with Disabilities.” Kevin provided a general overview of the things an individual can do to protect his or her housing rights and what to do if his or her rights are beings violated. On the following day, DRO attorneys Virginia Wilson and Emily White presented “Rights of People with Disabilities in Transition from Education to Employment.” Their presentation led to a great discussion about the rights of students with disabilities and barriers in the process of transitioning from high school to meaningful employment.

After losing at the state administrative level, Kimberly Forbes filed for court review of the decision regarding the level of services on her daughter’s Medicaid home and community services waiver. Rather than addressing the issues in the case, Medicaid’s lawyer, an assistant attorney general, asked the court to dismiss the appeal because the guardian was engaged in the unauthorized practice of law by bringing the case.

Disability Rights Ohio filed a brief as a friend of the court in Summit County Common Pleas Court in support of the guardian. Read the full text of the brief here [PDF].

In her brief, DRO attorney Alison McKay pointed out that both the Ohio guardianship statutes and the rules of practice in the Ohio courts require a guardian to pursue certain actions to protect the interests of the ward. They also allow a guardian to file court actions in the guardian’s name to protect the ward’s interests. DRO also said there is no precedent or support for the state’s argument, and as a practical matter there is no way that people who are indigent (and therefore eligible for Medicaid) could afford a lawyer in these types of cases, even if there were lawyers who had the expertise to do them.

The court decided that the guardian should be permitted to appeal to the court of common pleas on behalf of her daughter without having to retain an attorney to represent her daughter or herself. This appears to be the first time a court had decided this issue in Ohio. The court recognized that guardians of the person are responsible for authorizing the provision of medical benefits for their wards.

The court also recognized that the individual’s rights can be protected in cases in which the court reviews the entire record to determine whether the prior decision to deny benefits was correct. Thus, the court decided that in the limited circumstance of an administrative appeal challenging a decision of the Ohio Department of Medicaid to deny an individual’s request for a change in the level of Medicaid services, a guardian can bring the appeal on behalf of the ward without an attorney. 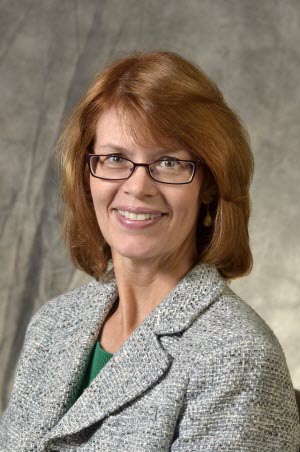 People with disabilities often have been told that they will lose their benefits if they get a job. As a Community Work Incentive Coordinator (CWIC) for Disability Rights Ohio's Work Incentives Planning and Assistance (WIPA) program, it’s Darcie Dunzweiler’s job to dispel those myths.

“Social Security has incentives to get people to work,” she explains. “It’s often better for people financially and psychologically to get out into the community and work, either part-time or full-time. It’s my job to show them how employment will affect their benefits. I get to be a cheerleader to encourage them to work if that’s what they want.”

Dunzweiler came to Ohio Legal Rights Service, now Disability Rights Ohio, as a CWIC in 2011. In addition to her CWIC duties, she’s also doing representative payee (“rep payee”) reviews, as directed by the Social Security Administration. When a person can’t manage their own money, a rep payee will manage it for them, but they must follow specific rules. Organizations can sometimes act as rep payee for a number of people at a time, so Social Security will send people like Dunzweiler in to look over the books and make sure that beneficiaries’ money is being spent properly and in their best interest.

“Usually, the issues I find are small,” she says. “For example, accounts must be in the beneficiary’s name, not the rep payee’s name, things like that.”

With a bachelor’s degree in economics and a master’s degree in hospital administration, Dunzweiler feels that her job plays to her strengths. “I like the traveling I get to do, going out to meet people on their turf, seeing what they do, seeing things from their perspective.”

Like many people who work at Disability Rights Ohio, she’s proud of what we do. “I’m proud to be a part of this place,” she relates. “These are the greatest people to work with. We can really make a difference.”

Disability Rights Ohio in the News

The Columbus City Schools Board of Education recently voted to adopt new rules in compliance with the statewide rules regarding the use of seclusion and restraint. NBC 4 reporter Candice Lee spoke about the DRO report that inspired the rules and spoke with DRO Director of Advocacy Kerstin Sjoberg-Witt in this news story [video].

Disabled Opportunities: Opportunities for Ohioans with Disabilities is Supposed to get People Back on their Feet. Too Often Instead, it Swipes their Legs Out from Under Them

Disability Rights Ohio will be at these upcoming events around the state. Be sure to stop by and say hello!

On March 11, 2014, the Governor introduced HB 472, a legislative measure that contained revised/corrected appropriations figures for the 2014/2015 biennial budget, along with some additional policy initiatives. This corrective budget process is called the Mid-Biennial Review (MBR). The House of Representatives then split the MBR bill into 11 separate bills. The largest, HB 483, contains corrective appropriations and many new policy provisions. The remaining bills are more limited in scope and size, dealing with single subjects such as K-12 education, health and human services and workforce development. In addition to the original 11 MBR legislative measures, the House has included three existing bills to the “MBR” docket, to make for a total of 14 priority bills that were considered in various House committees. Most of these bills passed the House in early April and will be considered by Senate committees in May. DRO is monitoring several of these bills for provisions that could impact individuals with disabilities. The following provisions that remain in the House-passed version of these bills are of particular interest:

Ohio Senate Bill (SB) 270, sponsored by Senator Michael Skindell and Senator Kevin Bacon, was recently introduced to add an additional layer of transparency to the Department of Developmental Disabilities (DODD) oversight of residential facilities and supported living providers. The bill requires DODD to make copies of facility surveys conducted available on the DODD website. For facilities and providers that do not meet all necessary standards, DODD must also make plans of correction available on the website. Disability Rights Ohio provides oversight of residential facilities and other providers and often works to help individuals with disabilities when facilities and providers are not meeting the state’s minimum standards. From this oversight role, we know that greater transparency of surveys and plans of correction like that proposed in this bill can help individuals with disabilities and their families make better choices about what facilities and providers to use. In addition to this stand-alone bill, the text of SB 270 is also included in the House-passed version of Ohio House Bill 472 (see above), where it will soon be considered in the Senate.

An individual who uses a power chair and a side-entry accessible van recently won a battle with her homeowners association, with the board agreeing to modify its street parking policy to accommodate her disability.

Her homeowners association didn’t allow street parking by residents. The client didn’t have a place to park her vehicle so that she could safely and easily access it from the side in her power chair. The condo where she lived with her daughter and grandchildren had a two-car garage and a driveway, but she could not move other inaccessible cars in the driveway to exit the garage.  She had been parking on the street, but had been threatened with fines if she didn’t move her vehicle. She made a reasonable accommodations request to park her accessible van on the street, but the request was denied.

Disability Rights Ohio successfully advocated on behalf of a client who faced a financial crisis after she received a Social Security notice of overpayment totaling more than six figures at the same time that she lost her job. A Disability Rights Ohio attorney reviewed her work history and realized that she qualified for a number of Social Security work incentives designed to encourage people with disabilities to return to work. In particular, she qualified for deductions for work expenses related to her impairments and a subsidy to account for accommodations she had received from her employer on the job. The attorney helped her gather and present documentation of the work incentives, and a hearing officer ultimately agreed that when the incentives were taken into account, there had been no overpayment of benefits.

An individual with physical and neurological disabilities will now be able to do her laundry when she needs to do it, rather than wait for a weekly scheduled time. The client lived in an apartment complex that provided a communal laundry facility with specific scheduled time for the complex residents. The lease did not permit residents to have a washer or dryer in their own apartment units because of the communal facilities. The client made a reasonable accommodation request from her apartment management company to have a clothes washer in her apartment, but the request was denied.