#AdvocacyMatters: When keeping her family together was at risk, we helped her fight 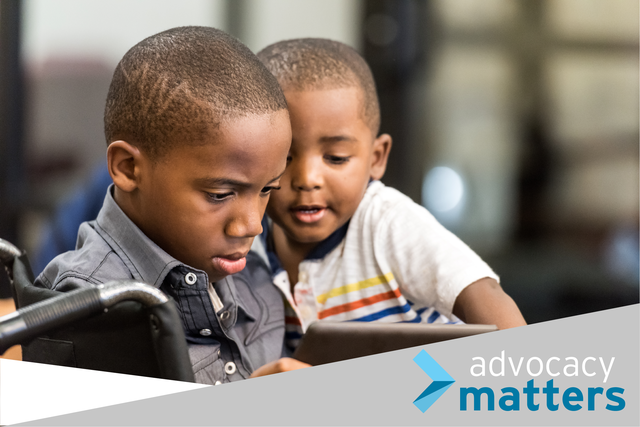 Last spring, Angela reached out to Disability Rights Ohio on behalf of her son, Alexander, who has autism and other disabilities. Alexander was 12 years old and desperately needed in-home services. Their family was overwhelmed with the financial burden of medical supplies, formula, and medications. Angela needed to work to make ends meet, but she couldn’t leave Alexander alone or with a babysitter because of his extensive medical and behavioral needs.

Angela worked with a DRO attorney who gave her advice on the new waiting list system for Medicaid waiver programs that fund in-home services for people with developmental disabilities. The county board’s initial waiting list assessment concluded that Alexander did have current needs, but his family should be responsible for providing his care. In other words, they told Angela that they would not enroll him in a waiver program or even put him on a waiting list. The county board gave her a list of other resources for supports, none of which were fruitful.

How could Angela meet her family’s financial needs if she could only work part-time? She began to fear that she would have to relinquish custody of him to the state just so he could receive the help he needed.

A tireless advocate for her son and family, Angela was persistent. With guidance and support from the DRO attorney, she challenged the denial of waiver services through multiple hearings and appeals in the Medicaid state hearing system. It was exhausting, and she often felt like giving up. After nine long months, the county board of developmental disabilities conceded that her son needed a waiver and enrolled him in the SELF-waiver program.

Now Alexander receives the in-home care he needs, and Angela is able to provide for her family by returning to work. If you are struggling with accessing needed services through waiver programs like Alexander and Angela, you can read more about the new waiver waiting list system or contact DRO for help.

Angela didn’t give up and neither did we, because #advocacymatters.