Daniella is 28 years old, and she loves books, television, music, and spending time outdoors. She has RETT syndrome and lives at home with her mother, Roxanne. Daniella requires a high level of care as she is tube-fed, diapered, has no communication system, lacks functional hand usage and uses a wheelchair.

“Her days are very long because she is so limited in her abilities, and so she really spends most of her day watching television” shares Roxanne. Roxanne feels that sitting in front of a television for 8 hours a day is “a pretty low quality of life” for her daughter.

Roxanne does what she can to avoid Daniella sitting around, often reading to her and taking her for walks. However, Daniella would have a more active lifestyle if she received more direct care or could participate in an appropriate Day Program.

“To find somebody to do something with her or to find an activity for her to engage in has really been impossible,” notes Roxanne.

Finding care for Daniella has not always been so difficult. Roxanne shared the story of her initial request for services: she simply mailed a general inquiry to Montgomery County when Daniella was three years old. The response was prompt and Daniella was placed on a Medicaid-funded waiver program to receive 42 hours a week of nursing care.

Issues for the family developed when they moved to Colorado. After the move, it took over a year for Daniella to get on a waiver. Eventually, they returned to Ohio in 2012. However, Roxanne reports that since they left the state, it was extremely difficult to get Daniella back on a waiver. Daniella remained on a waitlist for eight years before finally getting enrolled on a waiver in 2020. Even then, placement on the waiver was essentially meaningless as no providers were available. Roxanne was only able to utilize the waiver by providing employees to an Ohio Department of Developmental Disabilities-certified agency that would add them to their payroll and bill for them. If she does not provide employees, she cannot use the waiver.

She had found these employees before Daniella was on waiver, through Nextdoor and other social media platforms. Those aides worked on a private pay basis. In order to have them work for an agency, Roxanne often employs and pays the workers for additional work, such as cleaning her house, to offset the low wages paid by the agencies. Roxanne believes these additional payments were the only way to ensure that workers would continue to return.

Initially, the services Daniella received allowed Roxanne to continue working full-time. However, eventually Roxanne had to quit her job, as they began facing issues with Daniella’s care. Roxanne ultimately decided that it was easier to quit work and care for Daniella herself.

However, Roxanne admits that her inability to work full-time has created hardships for herself and Daniella. She wishes that she could have continued to work to build savings.

Currently, Daniella has 1:1 aides for 4 hours per day to provide her care, and she is authorized for another 4 hours a day of nursing care. Roxanne notes that for the past two years she has only able to staff two nights a week of nursing care.

Roxanne wishes that people understood how hard it is to navigate the direct care system. However, the complexity of the system is not the only issue Roxanne notices.

Despite the challenges, Roxanne notes, “Our care situation I know is a lot better than a lot of people.”

However, a new strain on Daniella’s care began when Roxanne was diagnosed with stage 4 cancer. Currently, her prognosis is approximately one year. Despite the fact that she is disabled by the cancer, Roxanne is unable to collect Social Security Disability Insurance because she has not worked in the past 10 years.

Roxanne worries about her symptoms getting worse to the point where she is unable to cover the unstaffed nursing shifts.

“My bigger concern is that when I die, who is going to manage [Daniella’s] care and make things happen?” shares Roxanne.

Daniella’s father lives nearby and helps with Daniella’s care, but he is also older and has his own health issues that make it difficult for him to provide care for Daniella.

Roxanne has started to worry about Daniella’s future more because of her terminal cancer diagnosis. Roxanne does not want to place Daniella in a nursing home or move her to a private group home. Her biggest concern is continuity of care for Daniella: Daniella’s current aides have been with her for four years.

“People knowing her is what makes her care good,” states Roxanne.

Due to these concerns, Roxanne is currently in the process of trying to figure out how to arrange a stable and consistent future for Daniella after she has passed away.

“That’s my biggest concern with the whole system – people can muddle by as long as they are alive and able, but gosh, what happens - especially to people who don’t have family, when their caregiver dies?” 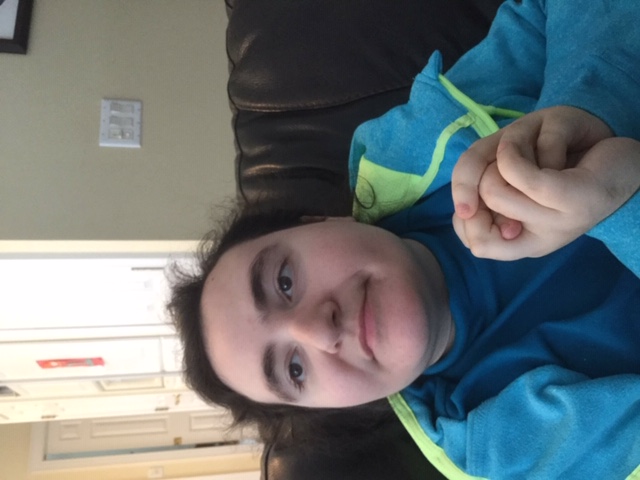 If you would like to share your story for this series, please fill out this survey https://www.surveymonkey.com/r/EDC-ShareYourStory