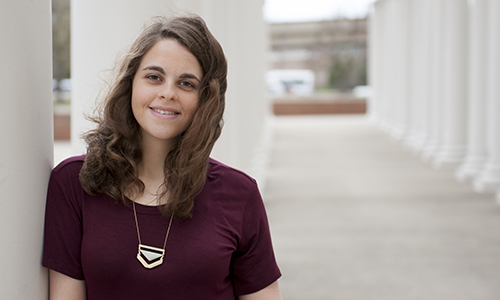 Jordyn Zimmerman was always told that because she was not able to communicate verbally, college was not on the horizon. Even a modified high school diploma was hardly expected. Her educators believed her autism meant that she couldn't understand them. DRO found that was not the case.

In high school, she had been placed in a room by herself doing repetitive tasks. Her teachers would even say rude things about Jordyn in her presence, thinking she could not understand them. This caused her to act out. The situation escalated to an incident in late 2013 that led to her being removed from school. That's when Jordyn's mother called DRO for help.

DRO attorney Ginger Wilson worked with Jordyn and discovered that not only could Jordyn understand everything, but by using an app on her iPad, she could express herself in complete sentences. She had been denied educational opportunity for years, simply because no one had tried to communicate with her. She went on to graduate from high school in 2016, and she's attending Ohio University as part of a program for students on the autism spectrum. She even has an autism transition coach, who helps her navigate campus life. This week, she wrote about her experience for the Hechinger Report. She plans to get her undergraduate degree in special education and then go on to study education law, advocacy and policy. Ultimately, she hopes to help other students like her reach their potential and remind educators to look beyond their assumptions.

Read the full story about how DRO helped Jordyn on our website.