She didn't feel safe on the school bus. We helped her get the support she needed. #AdvocacyMatters 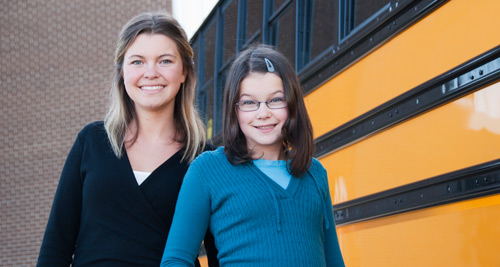 At the end of last school year, Kayla was inappropriately touched and repeatedly sexually harassed on the school bus by an older boy. However, the school refused to take action and even suggested that Kayla may have encouraged his behavior, despite knowing that she had disabilities related to fetal alcohol syndrome. Kayla felt ashamed and was afraid of starting another school year unprotected. She even expressed to her school counselor that she wouldn't bother to tell anyone if it happened again. Frantic to make sure her daughter was safe, Kayla's mom reached out to DRO and was connected with our Victims of Crime Advocacy (VOCA) program.

The school's original response was that Kayla should sit behind the bus driver with an older student buddy. This didn't feel safe enough to Kayla, so DRO's attorney requested a meeting with school administrators to ask for an aide to accompany her on the bus. After our attorney questioned the school counselor, the Major Unusual Incidents investigator from the county DD board and several special education teachers, it was clear that the school had not taken all the steps required to ensure Kayla's safety and an aide would make a positive difference. They agreed to put Kayla on a new bus with an aide for the rest of this school year. She is now able to ride to school feeling protected and safe.