She wanted a bigger place for her cat, but her landlord said no. We helped them move forward. #AdvocacyMatters 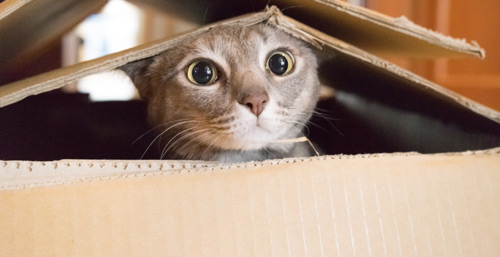 Stephanie lived in an efficiency apartment with her cat, Cleo--an emotional support animal--but she felt like she needed more space. She asked her landlord if she could move into a one-bedroom apartment in the building. Despite Stephanie providing medical documentation, her landlord denied her request and said the cat wouldn't be allowed in a different apartment. Because Stephanie knew her rights, she told her landlord that he was violating the Fair Housing Act and Ohio law. He still refused her request. She then filed a complaint with the Ohio Civil Rights Commission (OCRC). However, Stephanie wanted support with the process and called Disability Rights Ohio for assistance.

A DRO attorney provided Stephanie the resources she needed to advocate for herself through the OCRC's mediation process and guided her during difficult parts of the negotiations. With DRO's support, she remained determined, and she ultimately succeeded in moving to a larger apartment with Cleo. She now feels empowered to advocate for herself anytime her rights are violated.

Find more information about housing rights for people with disabilities on the Housing page of our Self-Advocacy Resource Center.