Thanks to DRO's pro bono partnership with Nationwide, Gabriel can get the services he needs in the community. #AdvocacyMatters 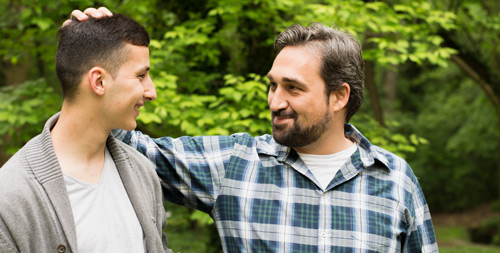 Gabriel's parents, Stanley and Jean, had given him the best care they could in his youth. However, at 20 years old, conflicts escalated with Gabriel's increasingly aggressive behavior and Stanley's own health challenges. Gabriel was on the waiting list for a Medicaid waiver so that he could live his dream of having his own place with one or two roommates while also receiving the professional behavioral supports and in-home aide services he needed to be safe and happy. Sadly, the situation boiled over and Gabriel set a small fire to his family's home and car. Stanley took action and applied for "emergency" status through his county's board of developmental disabilities to move the waiver request to the top of the waiting list. This was Gabriel's best chance at a fresh start, but his emergency status request was denied. Stanley knew his rights, so he requested a state hearing and called Disability Rights Ohio for additional help.

DRO referred Stanley and Gabriel to its pro bono partnership with Nationwide Insurance. Two volunteer attorneys from Nationwide represented them at the state hearing. While they lost the first decision, the team persevered and sought an administrative appeal. Their hard work paid off, and they won the appeal. Gabriel has now been granted a waiver from his county DD board and is getting services in place. DRO's partnership with Nationwide allows us to expand our capacity and bring much needed legal support to people struggling to get access to the services they need.

Read more about the State Hearings and Administrative Appeals Process on the Medicaid page of our Self-Advocacy Resource Center.