They were being mistreated in prison. We advocated for their rights. #AdvocacyMatters 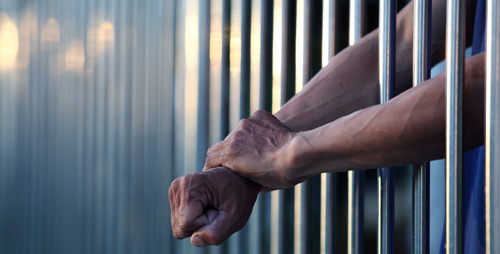 "Treatment team meetings are just discussions about how to kick us out of the mental health unit as soon as possible," they said.

Several people in prison units designed to provide treatment for those with serious mental illness had contacted Disability Rights Ohio to express this concern. DRO took their complaints seriously, sending two attorneys to visit the units in December 2016. The attorneys were given a tour by prison staff, and they spoke with about 20 individuals in their cells. Independently of each other, multiple prisoners made the same complaints. In addition to the problems with the treatment team meetings, they heard that some people were not being given access to hygiene products like toothpaste and soap, nor were they given opportunities to shower. Prisoners also reported being harassed and retaliated against by a specific corrections officer. DRO followed up with a letter to the prison warden, outlining all of these problems and suggesting trauma-informed care training for unit staff. They requested a response within two weeks.

The warden's response was positive, detailing the steps they were taking to resolve each problem, including planned trauma-informed care training. At a follow-up visit in May 2017, the people in prison reported to the DRO attorneys that things had improved significantly, thanks to the training and some newly hired staff. Individuals on the unit described treatment team meetings as helpful, and they said staff members were fair and respectful to those in their care. One sergeant was even mentioned as "the best sergeant I've ever had." Additionally, everyone said they'd been given opportunities to shower, with the hygiene products they needed, and the problematic corrections officer had elected to leave the unit. Thanks to DRO's intervention, the inmates were much happier with their treatment and better able to focus on their recovery.

Read more about Access to Services in Jail and the Grievance Process at Ohio Prisons in the Criminal Justice section of our Resource Center.