To get action, they put their bodies on the line 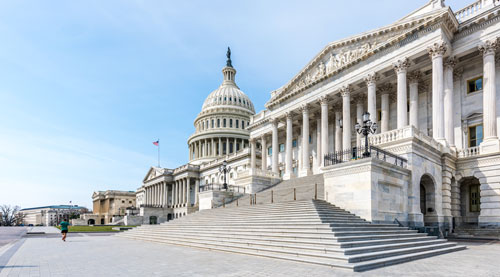 The Americans with Disabilities Act (ADA) was introduced in 1988, but by early 1990, it had stalled in the House of Representatives. So on March 12, 1990, disability rights activists organized a rally to demand its passage. At the close of the rally, more than 60 activists abandoned their wheelchairs and mobility devices and began crawling the 83 stone steps up to the U.S. Capitol Building. This brave act demonstrated that people with disabilities did not have equal access, even to meet with their legislators.

Known as the "Capitol Crawl," this courageous effort had a significant effect on passage of the ADA. Within four months, President George H.W. Bush signed the landmark legislation into law in a ceremony in the White House Rose Garden.

Without the efforts of those activists, who knows what accessibility would look like in America. We do know, however, that more work needs to be done. With support like yours, Disability Rights Ohio continues to use the ADA to fight for people like Leandra:

Leandra frequently could not find an accessible parking space close to her apartment. She'd have to park a block away and walk up a hill to her building, which was quite difficult because of her mobility disability. She asked her landlord to give her an assigned, reserved parking space close to her apartment as a reasonable accommodation. Initially, the landlord wanted to create more accessible spaces in the parking lot but Leandra felt that wouldn't solve her issue. A Disability Rights Ohio attorney then spoke to the landlord's attorney and advocated for Leandra's rights. The landlord then decided to grant the request, installing a sign and providing Leandra a sticker that would allow only her to park in the space and ensure she has access to her home.

Your donation of $25, $50, or $100 helps us take on such cases at no cost to our clients. Together, we change the lives of Ohioans with disabilities every day.

We ask for your support to help us carry out the mission of the ADA.